Variations came to an end on Saturday at the Municipal Theatre with what the Czech Philharmonic’s general director David Mareček called a “royal concert.” And rightly so: The performance of Dvořák’s violin concerto and Beethoven’s seventh symphony was directed by Domingo Hindoyan, Chief Conductor of the Royal Liverpool Philharmonic Orchestra, in his first ever performance with a Czech orchestra. The soloist of the evening was Jan Mráček, concertmaster of the Czech Philharmonic, who was raised to the post by the legendary Jiří Bělohlávek. Jan Mráček is one of the most distinctive violinists of his generation.

The interest shown in Variations by both locals and visitors to the spa town of Karlovy Vary is a clear sign that this autumn cultural event, by which the organizers of the Karlovy Vary film festival hope to bring interesting events to town even outside the usual festival dates, is on its way to becoming a tradition. 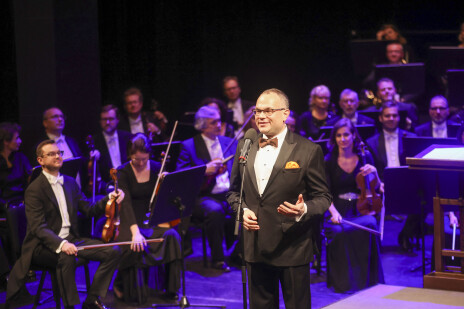