News KVIFF Classics: Legendary films return to the big screen in Prague under the auspices of KVIFF

In the Karlovy Vary film festival’s tradition of presenting digitally restored films and retrospectives, the festival’s organizers have decided to dedicate a separate event to legendary films – KVIFF Classics. Held in Prague, the festival presents such masterpieces as Singin’ in the Rain, The King of Comedy, Belle de Jour and Punch-Drunk Love. The works included in this series were made by such renowned directors as Jean-Luc Godard, Paul Thomas Anderson, Martin Scorsese, and Luchino Visconti. Not only long-time fans who remember the films’ premieres, but first-time viewers as well, will have the chance to see famous films that have gone down in cinematic history – on the big screen. The festival opens with a digitally restored version of director Věra Chytilová’s Daisies. ​

„The idea to organize a showcase of films that have made their mark in the history of cinema in Prague has been long in the making. Now is the right time to start a new tradition – and December is the best time to do it,“ says KVIFF’s executive director Kryštof Mucha.

The first edition of this festival of cinematic legends, held under the auspices of the Karlovy Vary International Film Festival in collaboration with the National Film Archive, will take place at Prague’s Světozor and Ponrepo cinemas from 1 to 3 December 2022.

“One strong source of inspiration is the Lumière Festival, a celebration of classical cinema in Lyon. Since 2009, this absolute El Dorado for cinephiles has served as an example for how to excite big-city audiences. To offer audiences the chance to see their favorite films after many years or the chance to see it for the first time as their creators intended – on the big screen; or to inspire future filmmakers by presenting unique encounters with greater or lesser known milestones in cinematic history… These are the ideas behind KVIFF Classics, a magical meeting with movie classics,” says KVIFF’s artistic director Karel Och.

The opening film, Věra Chytilová’s Daisies, was digitally restored thanks to a financial gift from Eduard and Milada Kučera, who have financed the digital restoration of thirty-four important works of Czech cinema. Many of these then had their premiere as part of the official program at the Karlovy Vary International Film Festival.

KVIFF Classics is being organized by the Karlovy Vary film festival in collaboration with the National Film Archive. “There is much interesting debate in the world today regarding what we mean when we say ‘classic cinema.’ More and more films are being made all the time, and new ones can disappear from circulation quite fast, meaning that they are all the more quickly vying for the label of ‘classic.’ I would save this label for films that curators, archivists, critics, and film historians have decided to bring back to cinemas because they represent certain styles and innovations that have helped to develop the language of cinema. These are the qualities we should pass on to the next generation of viewers," says Michal Bregant, general director of the National Film Archive.

Each screening will be preceded by an introductory talk featuring interesting information about the film, presented by a member of the KVIFF programming team. Audiences can look forward to classics of Czech and international cinema. The famous musical romantic comedy Singin’ in the Rain will be presented on the 70th anniversary of the film’s making. The King of Comedy will be shown to commemorate Martin Scorsese’s 80th birthday and the 40th anniversary of the filming of this dark comedy starring Robert De Niro. Another part of the festival will honor the recently deceased Jean-Luc Godard. On Saturday, 3 December – on what would have been Godard’s 92nd birthday – the Ponrepo Cinema will screen his film Two or Three Things I Know About Her. Also that day, the festival will show two of Godard’s favorite films – the war drama Bitter Victory and the western The Searchers.

“In collaboration with the National Film Archive, we will not only commemorate several important anniversaries but will also provide the opportunity to see newly restored copies of films that have not been readily available to audiences in the past, such as Visconti’s captivating epic Ludwig and Luis Buñuel’s cult classic Belle de Jour,” adds Karel Och.

Tickets for KVIFF Classics will be available from the tickets offices and websites of the Světozor and Ponrepo cinemas starting 15 November. More information about the program and about the films and filmmakers is available from classics.kviff.com. 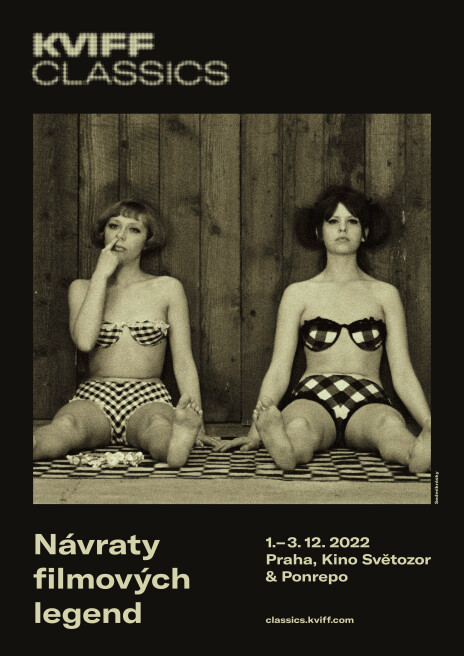