Among the seven world and six international premieres, the festival will introduce new movies by Dietrich Brüggemann and Romanian filmmakers Anca Damian and Florin Şerban, as well as the feature debut of the rising star of Italian cinema Ferdinando Cito Filomarino

The competition will feature a trio of up-and-coming European directors who will surprise audiences with their masterful manipulation of genre and their incisive politico-moral commentary. Highly-regarded German director Dietrich Brüggemann (Stations of the Cross) will premiere his radical anti-Nazi film Heil, a comedy satire that delivers acrid, rapid-fire commentary on the state of German society. Inspired by actual events, leading Polish docudirector and DOP Marcin Koszałkaʼs feature debut The Red Spider is a precisely constructed psychological thriller that delves into the mechanisms that give rise to a mass murderer. Renowned Danish documentarist Daniel Dencik will present his first feature, Gold Coast, an original historical film that blends lyric poetry with a terrifying nightmare while offering clear-cut testimony about European colonialism.

The outstanding debut Antonia, with its groundbreaking insight into the life of a poet Antonia Pozzi (1912-1938), is proof that quality Italian film production was not exhausted at the recent Cannes festival. Ferdinando Cito Filomarino, who also directed the short Diarchy (awarded at Locarno and Sundance), shot the film in production with his celebrated colleague Luca Guadagnino.

Kosovar talent Visar Morina holds similar promise for the near future of European film. In the Karlovy Vary competition he will present his first feature Babai, the story of a 10-year-old boy who follows his father on a dramatic journey from Kosovo to Germany.

Two female directors will bring their markedly stylized films to Karlovy Vary. In her new artistic-cinematic effort The Magic Mountain, Anca Damian, creator of the much lauded Crulic: The Path to Beyond, delves into the adventurous life of mountain climber and photographer Adam Winkler using animated collage techniques of period materials. An acclaimed work by renowned Yiddish writer Sholem Aleichem served as inspiration for Ukrainian filmmaker Eva Neymann (House with a Turret, KVIFF 2012), whose third picture Song of Songs offers fascinating, loosely connected images of the lost world of the Jewish shtetl at the beginning of the 20th century.

Bob and the Trees, an American production by Massachusetts-based Frenchman Diego Ongaro, is one of seven competition debuts. Shot in cinéma vérité style, the story features 50 years old logger and farmer Bob Tarasuk, a charismatic workhorse with a soft spot for golf and gangsta rap.

Five years after the multi-award-winning Berlin competition film If I Want to Whistle, I Whistle, Romanian director Florin Șerban will bring to Karlovy Vary his intense drama Box, whose story follows the movements of a talented 19-year-old boxer and an attractive theater actress and mother who is looking for her lost balance.

In his intimate debut The Sound of Trees, Canadian filmmaker François Peloquin comprehensively portrays a drama of adolescence set against the photogenic wonder of the Québec landscape. Austrian director Peter Brunnerʼs soul-searching study Those Who Fall Have Wings, whose title acknowledges inspiration from Ingeborg Bachmannʼs poetry, is a cinematically ambitious, symbol-based method of coming to terms with the painful loss of a loved one.

The Czech Republic will be represented in the main competition by two titles. First-timer Slávek Horákʼs Home Care fixes its gaze upon a devoted home care nurse whom fate has decided to burden with an almost insurmountable obstacle, relating deadly serious issues with a gentle humor. The uncompromising drama The Snake Brothers from Jan Prušinovský tells the story of Cobra and Viper, each of whom deals in his own way with the desolation and lack of funds in their small Central Bohemian town. 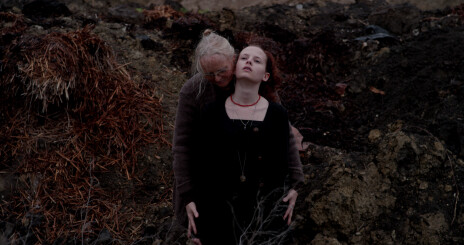