In front of a packed house at the Grand Hall of the Thermal hotel, the director recalled that when he visited the Karlovy Vary festival for the first time, he was still an entirely unknown engineer. “I would have never thought then that twelve years later, in this beautiful hall full of amazing spectators, I would be presenting my own feature film,” he added.

Before the film itself, the audience was treated to a nice bonus: actor Suraj Sharma recited the tortuous Czech tongue twister “strč prst skrz krk” (“stick your finger through your throat”). It must be said that he managed this difficult task marvellously! 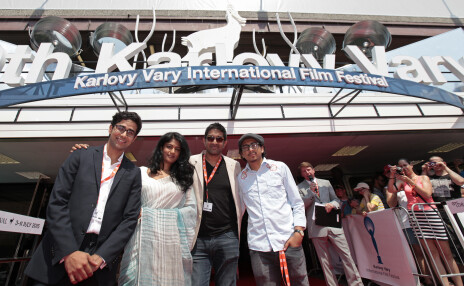