A classic of Russian documentary film, Sergei Loznitsa uses 35 mm black-and-white film to follow the exertions of four young men. Under harsh natural conditions, with the aid of fishing nets and a chain saw, they try to rip from the frozen depths of nature something which will provide them with a livelihood.

A classic of Russian documentary film he also stamps his typical hallmark on his latest film. Long shots fragmented with fade-outs, a sophisticated composition and the effective use of 35 mm black-and-white film. Loznitsa is able to raise seeming banality to the status of an artistic testimony indirectly reminiscent of the classics of Russian cinematography. On this occasion, he takes his camera along to record an attempt to catch fish in a frozen lake in the middle of the snowy Russian plains. In this harsh natural environment, four young men try to rip from the frozen depths of nature something which will provide them with a livelihood. 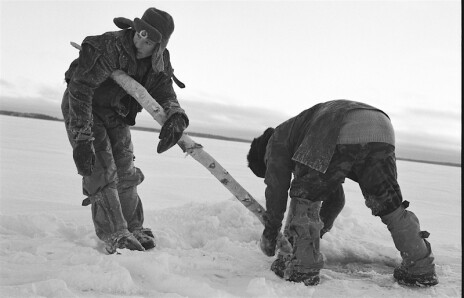 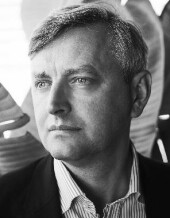