A black (non)comedy about loneliness, desperation, hope and the eternal desire for happiness. A repulsive housing development is home to lost souls, trying to come to terms with their lives in this finely stylised film full of absurd humour. An outstanding combination of the depressive, Eastern European view of the world and the meticulous North European sense of the absurd.

A black (non)comedy about loneliness, desperation, hope and the eternal desire for happiness. Six lost souls live in a repulsive housing development from the Soviet era. In a gently stylised film full of absurd humour, Laura the single mother, writer Mati whose wife has left him, Kaski the hairdresser suspected of paedophilia, Maurer the architect and Theo the promiscuous cloakroom attendant, try to come to terms with their lives. The visually captivating and atmospheric film reveals the intimately familiar feelings of inhabitants of post-Communist countries and the conditions of upheaval, unhappiness and loneliness. These existential themes, however, are more of a starting point for an ironic – though empathetic – portrayal of the lives of the charismatic protagonists. Instead of employing a classic dramatic structure, the film allows its events to play out freely, combining the meticulous North European sense of absurd humour with the depressive Eastern European view of the world. Autumn Ball came away with the Grand Prix for Best Film in the Horizons section of the 2007 Venice Film Festival. It was also awarded prizes in Bratislava, Marrakesh and Thessaloniki.

Veiko Õunpuu (b. 1972, Estonia) studied business management at the Estonian School of Business, literary theory and semiotics at the University of Tallinn, and painting at the Estonian Academy of Art. He states himself that he has been unsuccessful in film, business and advertising, and made his living as a driver and a painter as well. In 2006 he made his 45-minute film Empty (Tühirand), which was shown at the Karlovy Vary IFF in the Forum of Independents section as well as at the festivals in Stockholm and Seoul, among others. The film received several awards. His feature film debut, Autumn Ball, was produced by his own production company, Homeless Bob. He is currently working on another feature film, The Temptations of St. Tony (Püha Tõnu Kiusamine), which is to be released in cinemas in 2009. Veiko Õunpuu also writes the “In the Air” columns for the cultural magazine Areen. 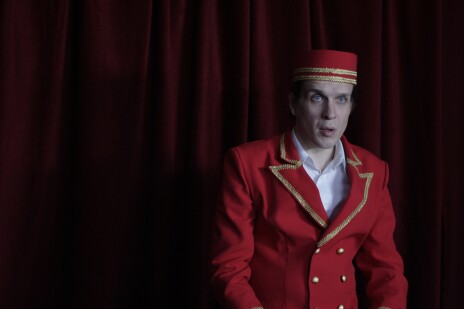 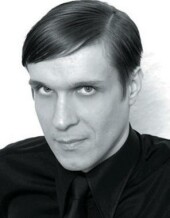 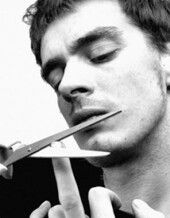