This film, hailed by Russian critics as the most important screen event of the year, draws attention to the inauspicious traits of the Russian mentality. The filmmaker strengthens his message using hyperbole not only in the thriller elements of the story but also in his choice of precise spatio-temporal setting, namely the year 1984, a period when the marasmus of the stagnating regime was at its worst.

The film is set in the industrial town of Leninsk in the Orwellian year of 1984, in the last few days when the marasmus of the stagnating regime had reached its culmination. Planes are landing with their “cargo 200” – zinc coffins from Afghanistan. The story details the criminal activities of police chief Zhurov, as motifs of corruption and impunity thread their way through the plot, along with the violence which Zhurov commits with the steely gaze of a maniac. His chosen victims are the daughter of a Party secretary, a drunk wandering the streets, a Vietnamese labourer and a philosophical dreamer...  The gallery of period characters also includes the commander of a military garrison, a lecturer in atheism and a young man who, anticipating the perestroika era, deals in furs on the black market... Despite its potential thriller label, the director characterises his film as a tragedy. He refers in particular to the inauspicious traits of the Russian mentality, incapable of a rational response to the circumstances of both repression and freedom. Russian critics at the Sochi FF described Cargo 200 as the most important work in recent years.

Alexej Balabanov (b. 1959, Sverdlovsk, Russia) studied translating in Gorky (1981) and later graduated from the Advanced Course for Scriptwriters and Directors in Moscow (1990). He settled in St Petersburg where he directed and scripted the following films: Happy Days (Schastliviye dni, 1991), based on Beckett, The Castle (Zamok, 1994), based on Kafka, the aesthetic retro Of Freaks and Men (Pro urodov i lyudyei, 1998, screened at the KVIFF), and the cult action films Brother (Brat, 1997, screened in competition at the KVIFF) and Brother 2 (Brat 2, 2000). The film War (Voyna, 2002) is set in Chechnya. The satire Blind Man’s Bluff (Zhmurki, 2005) focuses on the mafia business world of the Nineties, and the melodrama It Doesn’t Hurt (Mnye nye bolno, 2006) examines professional moral dilemmas of the present. His films have won important domestic awards and have been well received at various IFFs, as has Cargo 200. 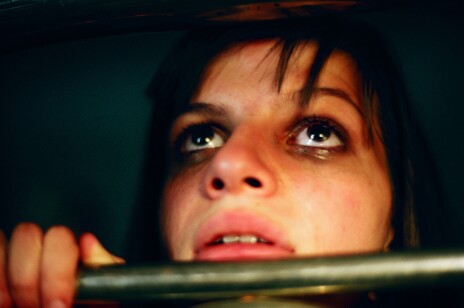