The story of Brazilian music and its huge influence, from early bossa nova and the samba to modern-day genres. An incisive probe into Latin-American thinking and modern history, the film contains some stunning music and features practically all the Brazilian big names and their like-minded friends (David Byrne, Caetano Veloso, Gilberto Gil, Devendra Banhart, M.I.A., Os Mutantes...)

This feature documentary is a great mash-up of thoughts and ideas about the ongoing cycle of discovery of Brazilian music throughout the world. Through interviews with major artists from all generations, the film surveys the Brazilian music experience beyond the borders of Brazil: David Byrne, Devendra Banhart, M.I.A., Os Mutantes, Caetano Veloso, Gilberto Gil, Tom Zé, Seu Jorge, Thievery Corporation, Bebel Gilberto, CSS, Creed Taylor and many others. Artists, producers, DJs and critics analyse how the cross-pollination of musical styles, as well as sampling and globalisation, have helped Brazil to secure a unique position in global culture. A special role in the film is played by the psychedelic group Os Mutantes, whose star-studded career in the Sixties became a legend and ultimately led to the acquisition at auction of the most expensive Brazilian record ever made. We witness the return of Os Mutantes in 2006, which culminated in a concert performed in front of a 30,000-strong audience at Chicago’s Pitchfork Music Festival.

Guto Barra studied journalism at the Catholic University of São Paulo and worked for a series of leading Brazilian dailies. He moved to New York in 1997 and established the company Planet Pop. He closely followed the surge of interest in Brazilian music on the American market, and has conducted interviews with Prince, Madonna, Steven Spielberg and other major names. He shot the full-length documentary Clash of Cultures about the New York Electro scene (with Scissor Sisters, Fischerspooner, Ladytron, Miss Kittin and Peaches). He produces and directs TV specials for MTV, PBS and other networks. 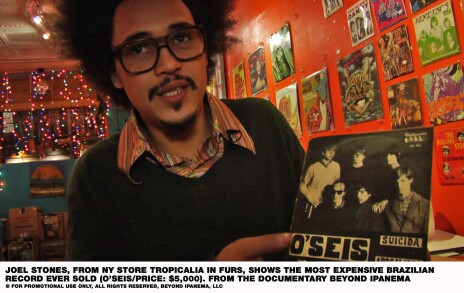 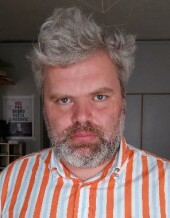