Archive of films I Am / Ja

The boundless freedom of the 1990s offered the post-Soviet "empty generation” not only the previously forbidden intoxication of punk and rock, but drugs too. After savoring it all to the full, a young man from Sevastopol dodges the draft by checking himself into a psychiatric hospital where he compensates for the harsh reality of the institute in bizarre visions and dreams.

The boundless freedom of the post-Soviet 1990s offered the young, ideologically "empty generation” not only the previously forbidden intoxication of punk and rock, but also experimentation with drugs. After savoring it all to the full, a young man from Sevastopol dodges the draft by checking himself into a psychiatric hospital. There he defies the cruel hospital regimen by escaping into bizarre visions and dreams that resonate with motifs from One Flew Over the Cuckoo’s Nest and Trainspotting, not to mention the autobiographical prose of Eduard Limonov. Naturalism and the folklore of romanticized abandon are combined in orgiastic images. The young man’s psychedelic musings lead to a pathetic stance: "Everyone will die but ME.” The subject of the protagonist’s clash with his own ego and with the world is accompanied by an earsplitting blast of musical collages and aggressive images as it collides with the irony the filmmaker also had in mind.

Igor Voloshin (b. 1974, Sevastopol) graduated from the Yaroslavl State Theatre Institute (1996) and subsequently from VGIK before shooting the documentaries Mess (Myesivo, 2000) and Bitch (Suka, 2001), and the award- winning short drama Hare Hunting (Okhota na zaytsev, 2003). Following the documentaries Lips (Guby, 2005) and Goat (Koza 2008), he debuted in features with Nirvana (2008), a surreal vision of Petersburg’s drug scene. Then came the made-for-TV movie Olympius Inferno (2009) and another highly stylized film about the drug dependent "empty generation” of the early 1990s entitled I Am (Ya, 2009 – Dmitri Yashonkov took Best Camera at the Kinotavr FF in Sochi). 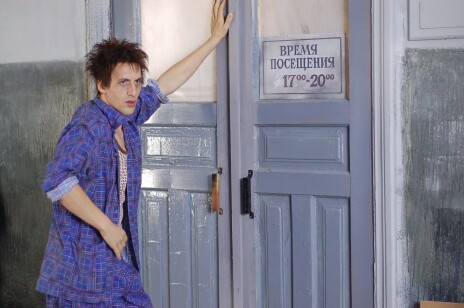