Fernando Vílchez Rodríguez’s unsettling film combines unique shots of a young man being pulled from the rubble after a devastating earthquake, with images of the current situation, where he and the other inhabitants of a small Peruvian town are trying to bring back a sense of normality to their lives.

On 15 August 2007 a small Peruvian town was struck by a devastating earthquake. Jorge Luis Solis almost became a victim himself, but the rescue workers managed to free him from the rubble. Yet terrible experiences can’t be forgotten just like that.... With its pervasive, unsettling atmosphere, Fernando Vílchez Rodríguez’s film combines unique shots of the protagonist being pulled from the ruins, with images of the current situation, where the town’s inhabitants are trying to bring back a sense of normality to their lives.

Fernando Vílchez (b. 1980, Lima, Peru) studied philosophy at the Pontifical Catholic University in Lima then left for Spain to study film. The very first film he made, The Third Act (Tercer acto, 2009), was an immediate hit with the media and was screened at the short film festival in Seville. Filmography: Around (Alrededor, 2009), Anatomy of Pain (Anatomiá de un dolor, 2010), Hope (La esperanza, 2010), The Calm (2010). 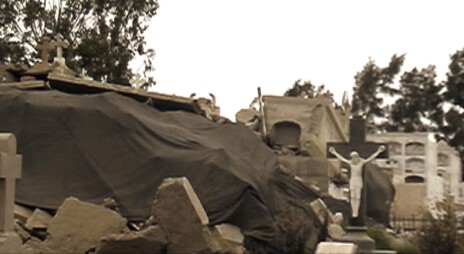 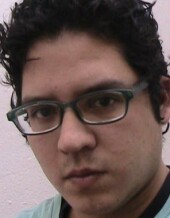