This period drama – based on the stage play of the same name by Peter Shaffer and the recipient of eight Oscars – explores the time-honoured feud between genius and mediocrity. Court composer Antonio Salieri is wealthy and favoured in his social circle, however, he vainly craves Mozart’s talent. He decides to take action against his intractable rival – with that grating, high-pitched laugh – by involving him in malicious intrigue. Salieri thus propels him towards financial ruin and premature death. He only truly comes to recognise the power of Mozart’s music when he assists the latter as he writes his Requiem.... This multi-layered fresco depicts the contradictory relationships between individuals and authority figures, including God. The film which, at the time of its initial screening, inspired a whole new style of dressing, caricatures the philistine attitudes of self-complacent monarchs. It also touches upon the enduring conflict between consumer pressures and creative independence. A parable created with original artistic flair, the film was primarily shot in Prague (chiefly in the Estates Theatre) and involved the collaboration of a whole host of Czech names.

Miloš Forman (b. 1932, Čáslav, Czechoslovakia) studied scriptwriting and script editing at FAMU and in the 1960s became one of the great pioneers of the Czech New Wave. He offered his ironic take on socialist stagnation in the three comedies Black Peter (1963), Loves of a Blonde (1965) and The Fireman’s Ball (1967). After the August invasion he moved to the USA, where his films took up tales of the conflicts borne by exceptional individuals in the face of decaying morality and destructive power. He rose to international fame with the anti-totalitarian parable One Flew Over the Cuckoo’s Nest (1975), which won five key Oscars. He also spoke of the perils of freedom in the musical Hair (1979), the period fresco Ragtime (1981), the Mozart spectacle Amadeus (1984), the costumed morality piece Valmont (1989), the biographical mosaic The People vs. Larry Flynt (1996), the tragicomedy Man on the Moon (1999), and in the drama Goya’s Ghosts (2006). 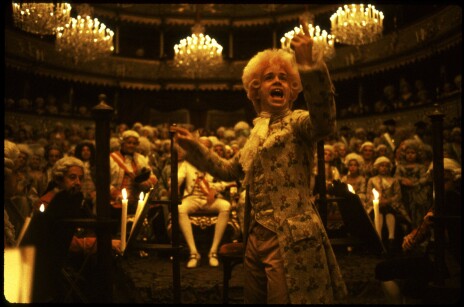 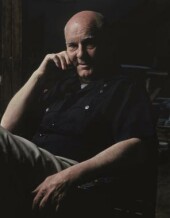