The film is based on the modern version of the Book of Ruth and reflects the destiny of two sophisticated women who have to come to terms with their immigrant status after being forced to leave France. Bernardo Bertolucci also appears in the film.

Golem: The Spirit of Exile transposes the Book of Ruth, fused with passages from other Biblical stories of exile and the legend of the Golem, to modern Paris. A God-like Maharal performs a ritual to make a creature from a formless mass of mud. However, the creature is instructed to protect wanderers, nomads, and exiles of all backgrounds, rather than just Jews like the traditional Golem. These include Elimelech, his wife Naomi, and their two sons, who have left Bethlehem and come to the Biblical city of Moab, here rendered as Paris. The two sons marry Moabite/Parisian wives, but then they and Elimelech die. One wife returns to her family. But Naomi and Ruth, the daughter-in-law who remains, forge an enduring friendship.
Like Birth of a Golem, Golem: The Spirit of Exile is an associative film about the Golem that draws heavily on historical texts. However, Golem: The Spirit of Exile has a coherent narrative. The film also comments extensively on contemporary events, whereas Birth of a Golem seemingly does not. A brief example will have to suffice here, though the commentary reaches much deeper.
Consider the texts’ inherent quality of being stories about and from exile. For a modern Israeli to valorise such stories, and to plead for the protection of nomads and wanderers without invoking the necessity of establishing a new homeland for them, is in itself an act of provocation. This is because Israeli nationalists often conceive of the establishment of Israel as an antithesis to life in the Diaspora. Israel is seen as a dialectical step forward in Jewish history, which had been marked by exile for millennia. For them, to celebrate the life of nomads and exiles, Jewish or otherwise, is a step backward. These people tend to celebrate Jewish nationalist-religious stories, both as the state flourished in ancient times and since it was re-established in the 20th century. Thus, by featuring Biblical stories of exile, as well as legends like that of the Golem that were developed in the Diaspora, the film valorises a tradition many Israeli nationalists neglect or even disdain. Golem: The Spirit of Exile is therefore a sort of rebuttal of the chauvinism that depicts hardcore, unquestioning Israeli nationalism as the only authentic Judaism. This chauvinism has characterized many of Gitai’s antagonists, of the same ilk as those who motivated his own move to Paris.
Ironically, after finishing this celebration of the exiled in the early 1990s, Amos Gitai himself began pondering a return home. Ultimately, after the 1992 election of Yitzhak Rabin as prime minister, Gitai decided to return to his hometown of Haifa. In the interim, he produced several works, including the final film in the Golem trilogy, which was shot partially in Russia, partially in France, and partially in Israel. 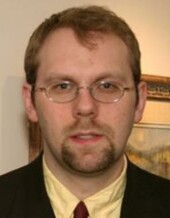 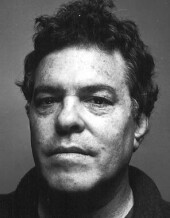