Brutal, realist drama exploring the lower depths of a town near Naples
through stories of a group of young anti-heroes.

The lower depths of a town near Naples are bared in all their brutality in Francesco Patierno´s impressive directing debut, Pater Familias. Despite the unrelenting cruelty of the images, the pic shows a delicacy in handling the intertwined stories of its rebellious but doomed band of young anti-heroes. Matteo (Luigi Iacuzio) receives permission to spend a day out of prison. As he makes his way home, flashbacks build the atmosphere of oppression and fatality that led him to jail. The various stories unfold in a fluid mixture of past and present, with a final, more upbeat resolution. In each case, an authoritarian, patriarchal father looms as a malevolent shadow figure. Inspired by a non-fiction book by co-scripter Massimo Cacciapuoti, the stories have a raw credibility even at their most heinous.
Deborah Young 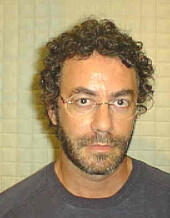