In one part of the world an exploratory team is about to launch itself into space; elsewhere, however, social conventions deny people that one basic right – the right to education.

Lati is the 14-year-old daughter of prostitute Rajani who had her when she was only two years older. Her job secures a humble existence for the two of them, since the father was a man whom Rajani had known only for a single night. Rajani initially imagines that her attractive daughter will follow in her footsteps, but when Lati’s virginal purity entices a rich businessman who wants to marry her, she changes her mind. She tries her best to convince her daughter that this is the right thing to do and won’t hear any nonsense about Lati’s wish to go back to school, having left barely learned to read. Lati’s defiance incense her, and she is deaf to the entreaties of her teacher, who insists that the talented girl continue studying. It is the era when the first man is about to land on the Moon and the reporter’s emotional commentary on this event accompanies the scene in which Lati gets into a train and leaves to study in Calcutta.

Buddhadeb Dasgupta (1944, Arana, India) is considered one of the best contemporary filmmakers in India. He has received a number of awards for his work in India and abroad, including three national film awards for Best Film. His film Uttara (The Wrestlers, 2000 – screened at the 36th KV IFF) won Best Director at the Venice IFF and the Audience Prize at the Festival of Three Continents in Nantes. His films are typical for their all-pervasive humanism, their poetic images and economy of expression. In early films such as Distance (1978), Nim annapurna (1979), Grihayuddha (1982) and Blind Alley (1984), he traced the influences of social affiliation on human lives and behaviour patterns, and he focused in particular on the family as an environment which generates conflicts of opinion and desire. In his later films Phera (1986) and Bahg Bahadur (1989), he moved towards a more poetic form of expression in which the camera, the composition of the shots, lighting and the symbolic power of expression contribute much to the atmosphere and mood of the works. Other films include: Sheet grismer smriti (1982), Tahader katha (1992), Charachar (1993), The Red Doors (1996). Dasgupta makes documentaries and television programmes and is also a celebrated poet and novelist. His work has been translated into many languages.&nbsp; 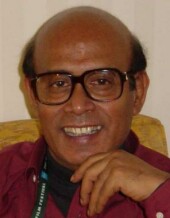 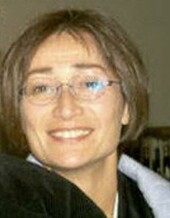