The third film by acclaimed Swedish director Lukas Moodysson, who made the successful film Show Me Love (1999), describing the destiny of young people. Without resorting to pathos, it tells the story of 16-year-old Russian girl Lilya and her friend Volodya, children left to the mercies of fate in a forsaken post-Communist housing estate.

Four years ago Swedish director Lukas Moodysson established his name in Karlovy Vary with his successful debut Show Me Love, in which he described in realistic images the relationship between two adolescent girls from a small town. Lilya 4-ever, his third feature, also focuses on the fate of young people. The heroine of the title is the 16-year-old Russian girl Lilya who lives on a desolate housing estate somewhere in the former Soviet Union. The girl is looking forward to travelling to America with her mother and her new lover. Her mother, however, leaves her behind without a word, and without means. Moreover, the girl has to move out of their flat and into a neglected bed-sit. She scrapes a living as best she can, but gradually falls into decline. Then, one day, she meets the amiable Andrei at a disco who offers to take her to Sweden. Before Andrei arrives on the scene, Lilya’s only friend is the 14-year-old Volodya whose father had kicked him out of the flat.&nbsp;Moodysson’s film is a fairly traditional case study of the impossible social position of abandoned children. The story could well have been set, for example, in Latin America. Here, without unnecessary naturalism, the filmmaker adds dream-like elements to an essentially realistic narration The talented lead Oksana Akinshina also appeared in Sergei Bodrov’s jr. film Sisters.

Lukas Moodysson (b. 1969, Malmö) studied film at the Dramatiska Institutet in Stockholm. He has written several poetry collections and one novel. After making several shorts, he began working for Memfis Film and was involved in projects with its founder, the producer Lars Jönsson. After the short film Talk (Bara prata lite, 1997) he soon made a name for himself with his feature debut Show Me Love (1998), which was highly acclaimed in Sweden and elsewhere, and won the Special Jury Prize, the Audience Prize and the FICC award at the KV IFF in 1999. His next film, Together (Tillsammans, 2000), enjoyed perhaps even greater success, screened at the Venice IFF in 2000. Moodysson’s third film Lilya 4-ever (2002) treats the difficult lot of young people in a manner both sociologically responsible and attentive to human emotion. He was involved as a screenwriter in the TV series Det nya landet (2000) and as coproducer of the film Jalla! Jalla! (2000, dir. Josef Fares). 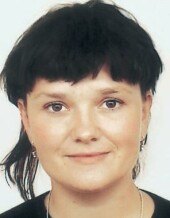 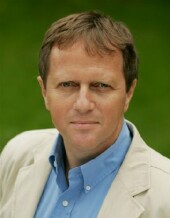 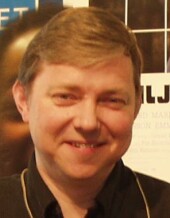