The story of a lawyer whose marriage breakdown forces him among the paupers of Prague and dregs of society. The film is based on a real person, Dr Uher, who lived in the latter half of the 19th century.

The Czech film industry, whose roots were put down under Austro-Hungarian rule, found new life after the First World War, very closely connected with the founding of an independent Czechoslovakia in 1918. In the years immediately following, not only did conditions gradually change in every cinematographic sector – production, distribution and cinema start-up – but form changed as well. The first phase of expansion for Czech film was fairly extensive: new studios cropped up and greatly increased the number of films were made, though from a professional and artistic point of view they were of fairly shoddy quality. But an increase in the number of films brought greater experience to the industry, and with it the differentiation of creative potential, which surfaced rapidly and put itself forward during the second half of the twenties. At that time, films appeared which represent the pinnacle of the Czech silent era and bear comparison with European cinematic achievements. Gustav Machatý’s The Kreutzer Sonata, for example, and Erotikon, and Martin Fric’s The Organist at St. Vitus’ Cathedral. There were also literary adaptations (novels and plays) including The Tale of May [O. Vávra 1940], Good Soldier Švejk [M. Frič 1935, K. Lamač 1926], The Eleventh Commandment [M. Frič], and Such Is Life by Carl Junghans.
Přemysl Pražský’s Battalion is just such a work. The story, involving an unhappy lawyer, Dr Uhr, whom divorce has relegated to a life eked out among the poor and the failures of Prague, was very popular in its day, thanks to the prose and dramatic versions, but also because the hero  was based upon an actual individual. Pražský was an experienced director. When he began working on Battalion he already had 13 movies under his belt, for the most part of average quality. The material which he found in Uhr’s story and in that of other regular visitors to down-and-out dives, afforded him an opportunity to make a movie which, then as now, stands out boldly in Pražský´s filmography and, indeed, in the history of Czech film. He cast popular singer Karel Hašler in the starring role “who, though he hadn’t had much experience in film until then, created a valued and well-rounded character with an intellectual and emotional repertoire exceptional for Czech film of the second half of the twenties” (Michal Bregant, “Bataliony,” Iluminace, 1993, IV, p. 65).
Pražský was also lucky with his casting of other roles: Eman Fiala as the consumptive Eda (he repeated the role ten years later in Cikán’s adaptation of the story), Karel Noll (unforgettable as Švejk in Lamač’s silent adaptation of the Jaroslav Hašek novel) in the role of Vondra, Roza Schlesingerová and Jindra Hermanová. It would be difficult to properly appraise the film without considering Alois Mecera’s contribution as set designer. He created an uncommonly raw and effective atmosphere (at Kavalírka and Barrandov studios) inhabited by the bottom-feeders of society. Mention should also be made of cameraman Jaroslav Blažek who managed to give Mercera’s constructions and the characters of this “simple” tragedy an air of virtual authenticity.
Pražský’s Battalion was at no time just some fringe work. Its quality has afforded it a place of honour in a European context, testified, among other tributes, by a screening at the Louvre with musical accompaniment.. Blažena Urgošíková 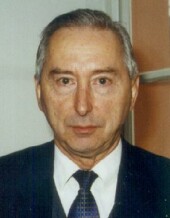