Pino and Nunzio share an apartment but they´re like chalk and cheese. Yet when simple Nunzio needs hope he can rely on his friend. The film shared the Opera Prima Award with the American film Roger Dodger at the 2002 Venice IFF.

The suburbs of a metropolis in northern Italy. Just arrived from Sicily, Pino and Nunzio share an apartment but only rarely communicate with each other. Sometimes Nunzio inundates his friend with an avalanche of paradoxical questions; Pino answers them willingly but dryly. Yet Nunzio never asks Pino where he goes every time a package of fish appears outside the apartment door, something which happens quite often. Nunzio works at a varnish factory and the vapours soon start to undermine his health. Nunzio then falls unhappily in love with a shop assistant named Marie and his state of health goes from bad to worse. Pino is there, however, and he tries to help his friend, not hesitating to risk his livelihood and perhaps even his life. In the end he is determined to quit the job a dubious salesman has given him in order to make Nunzio believe that things will get better. The film is based on the play Nunzio which the filmmaking tandem produced in Messina. Although the directors stood behind a camera for the first time, they shared the Opera Prima award for Two Friends with the American film Roger Dodger at the 2002 Venice IFF.

Spiro Scimone (b. 1964, Messina) won the 1994 Idi Prize for new authors, the 1995 Idi Gold Medal for drama and the 1997 Ubu Prize for new authors. He co-wrote and acted (with Francesco Sframeli) in the plays Nunzio, Bar and La Festa. He also appeared in Giuseppe Tornatore’s film L’uomo delle stelle (1995).
Francesco Sframeli (b. 1964, Messina) won the 1997 Ubu Prize for new authors, co-writing and acting in the above-mentioned plays with Spiro Scimone. He has also appeared in the films L’uomo delle stelle (dir. Giuseppe Tornatore), Oltremare (dir. Nello Correale) and Cuore scatenato (dir. Gianluca Sodaro). 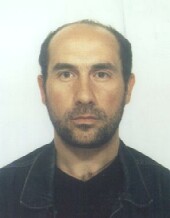 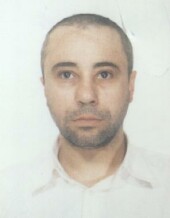