Seventeen-year-old Eidok&nbsp;is a goatherd who dreams of leaving home and discovering “the world outside.” But when his father is killed and the young man’s relatives push him into taking blood revenge, he begins to understand how complicated relations are between the ancient traditions in which he was raised and the alluring, unknown outside world.&nbsp;&nbsp;

Seventeen-year-old Eidok is a goatherd. Throughout his long, monotonous day he never stops dreaming of finding a place more interesting than the microcosm of his native village with its simple, unchanging routines. His parents don’t want to stop Eidok from leaving, but they are so poor that for the time being they expect their nearly-adult son to stay and help out. Despite this, the young man unflaggingly follows his dream. His desire for change, however, is repaid with pain as realization: the outer, superficially alluring world enters his uncomplicated life in an unexpectedly brutal way. The young man’s father is killed and Eidok is exposed to pressure from his relatives: tradition demands that he take revenge, but he cannot ambush his father’s alleged killer in cold blood. When one day an escape route finally opens before him, Eidok begins to understand that leaving home is not as ideal as he imagined. He also begins to suspect that staying put requires the same amount of courage as leaving – cutting oneself off from one’s roots isn’t as easy as running away from oneself.

Abdolrasoul Golbon (b. 1960, Shiraz) graduated in film and began his career as a director of television shorts and documentaries. He shot the documentary series The Epic of Sousangerd, part of the well-known television documentary project The Chronicle of Victory. Paradise Is Somewhere Else is his feature debut. The director said of his film: “The world is full of different aims and dreams, and everyone, with each thought and belief, is searching for a lost thing or a new horizon in life. In this film, we have a look at people’s efforts to obtain a better opportunity.” 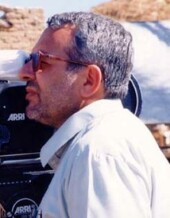 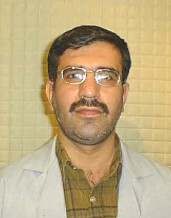