This essential and recently restored work by the creator of The French Connection and The Exorcist presents a new version of Henri-Georges Clouzot’s 1953 picture The Wages of Fear. Four men, foreigners in a land far from home, fugitives both desperate and broke, allow themselves to be recruited for a 200-mile trip from hell: hauling two truckloads of nitroglycerin through the jungle.

With admirable self reflection, William Friedkin admits in his memoir that, after the success of his two Oscar-winning movies of the early 1970s, neither modesty nor humility were his strong suits. With his career flying high and with absolute freedom to choose his next project, he opted to shoot a new version of The Wages of Fear, a work created by a man he greatly admired, Henri-Georges Clouzot. Four men, foreigners in a land far from home, fugitives both desperate and broke, allow themselves to be recruited for a 200 miles trip from hell: hauling two truckloads of nitroglycerin through the jungle. In contrast to Clouzot’s approach, Friedkin continued with the realistic, gritty style that made him famous. The director’s obsession vis-à-vis his key work and, in many ways, the difficult shoot in the Dominican Republic – preceded in the plot by vignettes set in Jerusalem, New Jersey, Mexico, and Paris – boosted the budget to dizzy heights. The most thrilling decade in the history of American film was slowly drawing to a close when the surge of megalomania-obsessed filmmakers that included Coppola, Cimino, and Friedkin was slowly replaced by pragmatic toy aficionados Lucas and Spielberg. The aggressive, existential thriller Sorcerer fell victim to the mass hysteria surrounding Star Wars, released a month earlier. After penning celebratory odes to his prior pictures, critics suddenly declined to see this exceptional movie as the confirmation of Friedkin’s preeminence as a visionary who attacked conventional film conception by courageously pushing the borders of the genre. Thirty-seven years have passed and everything is different. 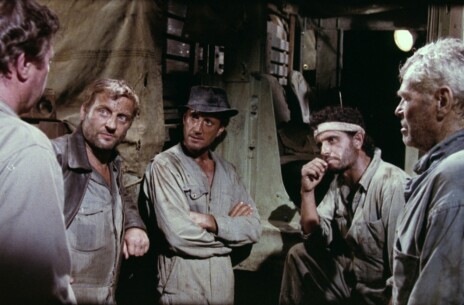 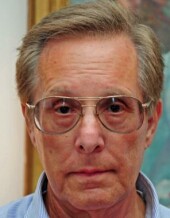