Jayro Bustamante’s debut drama concerns present-day Mayans living in a remote region of Guatemala. Exquisitely filmed nonactors at the base of a volcano – a reminder of age-old traditions and contemporary problems – earned Bustamante the Alfred Bauer Prize at this year’s Berlinale.

Seventeen-year-old María lives with her parents in a rough structure in the foothills of an active volcano, where her father supervises a coffee plantation. As the film opens, María sees two pigs refusing to mate, and she might have to forcefeed them rum to ensure a successful copulation. In Bustamante’s film the rugged landscape, in which humans manage as best they can, forms a ravishing backdrop to the progress of María’s sexual maturity. The girl likes a boy from the plantation, and she’d be happy to leave with him for the States, but her parents have a better catch. “I spent my childhood in the Guatemalan highlands, land of the Maya, surrounded by volcanoes and ancient indigenous traditions,” says the director, who accompanied his mother on her medical campaigns o convince Mayan women to vaccinate their children. Bustamante focuses on the faces of nonactors and the lives of the characters, and thus skillfully avoids the clichés of ethnographic filmmaking. In addition to the truly stunning wide-angle cinematography, the movie is engaging for its sophisticated soundtrack that blends folk music with authentic ambient sound.

Jayro Bustamante (b. 1977, Guatemala) studied communications at the University of San Carlos in Guatemala, where he also worked for Ogilvy & Mather ad agency. He later studied direction in Paris and screenwriting in Rome. His short films have earned him success, with the latest, Cuando sea grande (2012), winning the CNC Achievement Award at the festival in Clermont Ferrand; the work was also broadcast by various European TV stations. Volcano is his feature debut. The film screened in the competition at this year’s Berlinale and won the Alfred Bauer Prize for a feature film that opens new perspectives. 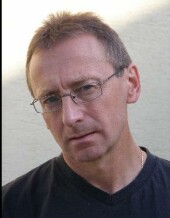 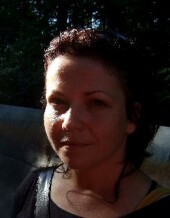