A stylised psychological drama inspired by real events which turned a summer weekend in 1927 into a hell of passion and jealousy. Fellow students Paul and Guenther decide to spend a few days in the country. Paul falls in love with his friend’s sister Hilde, who however already has a boyfriend: Guenther’s former lover Hans.

While being interrogated by the Berlin police, Paul Krantz recalls the events of a weekend in 1927 which ended in tragedy. He and fellow-student Günther Scheller were friends even though they were very different. The introverted dreamer Paul came from a working class background, while the self-confident Günther was born into a rich family. After they finish school the youths decide to spend a weekend at the Schellers´ country home, the family having left town. They are friendly rivals in everything, but it gets serious because of Günther´s beautiful sister Hilde: Paul immediately succumbs to her magic. But he has no idea that Hilde already has a boyfriend - the cook Hans who, moreover, is Günther´s former lover. Under the disturbed mood thus created, the youths close a special secret pact in which love plays a role - but also a willingness to murder for it. A night full of sex, jealousy and passion prepares fertile ground for real-life events which roused Berlin at the end of the 1920s.

Achim von Borries (b. 1968, Munich) studied history, political science and philosophy at the Freie Universität in Berlin (1989-93). He went on to the German Film and Television Academy, from which he graduated in 2000. His graduation film England! (screened at Karlovy Vary) won fifteen international awards, including the German Film Critics Award for Best Script and Best Camera. He then began to work for television, where he made several short films and cooperated on the series "Boomtown Berlin" with Hendrik Handloegten. He co-wrote the script for the comedy Good Bye, Lenin! (2002, also screened at Karlovy Vary), as well as for his second feature, Love in Thoughts, for which he entrusted the leading role to the star of Lenin, Daniel Brühl.
&nbsp;&nbsp;&nbsp; 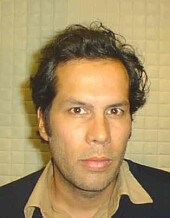