It is spring and a family of Mongolian herdsmen travelling through the Gobi desert are awaiting the birth of a camel. The young calf almost dies at birth and, because it is a rare white animal, the mother will not accept it, nor feed it. The only hope for survival is an ancient musical ritual… Bavaria Film Award 2004 for the Best Document.

It is spring and a family of nomadic herdsmen in the Gobi desert in southern Mongolia are assisting a female camel which is about to give birth. After a difficult delivery, they manage to save the newborn. It is a rare white camel which the mother rejects, not allowing it to drink her milk. The only way to save the young animal involves an ancient ritual, performed by a musician from a distant village. The family send the two sons to fetch him, and Dude with little Ugna set off across the desert to Aimak, where they encounter civilisation for the first time… The film, both a documentary and feature drama, is a graduate film by students of the Munich Film School. It was nominated for the European Film Award in the documentary section and was screened at many prestigious festivals.

Byambasuren Davaa (b. 1971, Ulan Bator) studied international law. During the years 1995-98 she attended the Mongolian Film Academy and began studying documentary filmmaking in Munich in 1999. She debuted with the short film Wunsch (2001). The story of the Weeping Camel (Die Geschichte vom weinenden Kamel), her second film, was nominated for Best Documentary at last year’s European Film Awards, and it won Best Documentary at the Bavarian Film Awards in 2004. Luigi Falorni (b. 1971, Florence) first studied direction in his native city, then he left for Munich. In the years 1994-98 he studied documentary filmmaking at the Munich Film School, later adding further film specialisations. In 1997, together with Ramsey Gsenger and Ondine Rarey, he shared in the making of Fools and Heroes. The story of the Weeping Camel is his graduation film. 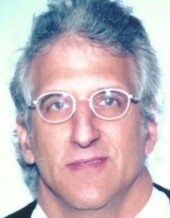