Ethereal beauty Laura, cool detective Mark, prominent journalist of effete manners Waldo, and Laura’s simpleton fiancé Shelby are the protagonists of a thrilling drama that goes beyond the traditional murder case drawn from the annals of crime, resembling instead a mystery-imbued hallucination that is far from reality. Preminger’s first big success is considered an essential noir film.

Laura Hunt (Gene Tierney), an ideal of feminine beauty and delicacy who breaks hearts at first sight, has been found dead. Detective Mark McPherson (Dana Andrews), the cool hand investigating the murder, has several suspects to choose from, including a prominent columnist of cultivated manners named Waldo Lydecker (Clifton Webb). The imperious neurotic and socially-arbitrating snob has contempt for almost everyone and everything, including Laura’s fiancé, a simpleton from Kentucky named Shelby (Vincent Price), who is also a suspect in the case. Unlike traditional film stories drawn from the annals of crime, the plot of Laura more closely resembles a mystery-imbued hallucination that is far from reality; it serves up several surprising reversals with such narrative elegance that the viewer never bothers to consider if they respect common logic. Adapted from the Vera Caspary novel of the same name set among New York’s upper crust, the movie is considered one of Hollywood’s seminal noir pictures, rivaling the likes of Double Indemnity and The Maltese Falcon. After 70 years it can still provoke via a playful stretching of the genre’s rules while absolutely dazzling with its own impeccable elegance and sophisticated style. 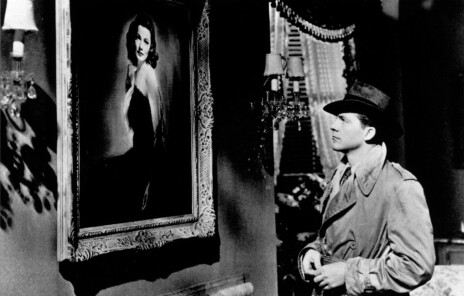