This screen adaptation is a fascinating modern interpretation of one of the great Elizabethan’s plays. Set in 16th century Italy, this timeless story of greed and self-sacrifice is spellbinding for its outstanding cast and visual beauty.

Venice, the 16th century. A greedy Jewish moneylender named Shylock is worse than his bad reputation. He never passes up an opportunity to relish the misfortunes of the Christian nobility, who are led to his door out of need. One day a respected merchant named Antonio asks the moneylender for a loan. He intends to help his young insolvent friend Bassanio win the hand of his beloved Portia. When Antonio cannot repay the loan on time, Shylock, has a free hand to exact payment with interest for years of humiliation. Considering his contempt for the world, the price Antonio has to pay is to be truly painful.... Under Michael Radford’s solid direction, Shakespeare’s classic play comes to life with new urgency. The timeless story deals not only with chance and destiny in ruling people’s lives, but also with anti-Semitism. Radford, taking advantage of a topflight cast and emphasizing the visual beauty of the image, presents an exciting traditional adaptation.

Michael Radford (b. 1946, New Delhi) is a highlyregarded filmmaker of the middle generation. He graduated from Worcester College, Oxford, and then from the National Film and Television School after having taught in Edinburgh for a number of years. He started out in film as a documentarist. He shot his first dramatic film, a television adaptation of Jessie Kesson’s The White Bird Passes (1980), for BBC Scotland. He began to make a name for himself with his feature debut Another Time, Another Place (1983), chosen for the Directors’ Fortnight at Cannes. Other films: an adaptation of George Orwell’s novel 1984 (1984), a drama filmed in the USA, White Mischief (1987), the biographical movie Il postino (1994), which took the BAFTA for Best Director and Best Foreign Film, B. Monkey (1998), Dancing at the Blue Iguana (2000), a sci-fi contribution to the film Ten Minutes Older: The Cello (2002), and William Shakespeare’s Merchant of Venice (2004) 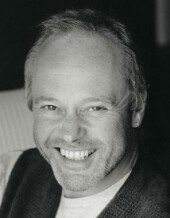