A film not only about Schmidt, but also about Americans’ awkward inability to deal with such inevitabilities as loss, aging and death. Jack Nicholson as Warren Schmidt in one of his best roles ever.

A film not only about Schmidt, but also about Americans’ awkward inability to deal with such inevitabilities as loss, aging and death. Warren Schmidt (Jack Nicholson) is a man who is set adrift following retirement and the sudden death of his wife. Uncertain about his future as well as his past, Warren packs up his giant motor home to set out on a journey across the Nebraska plains to attend his daughter’s wedding. But every step he takes seems to go wrong... Along the way, Warren recounts his journey and shares his observations with an unexpected friend - a poor Tanzanian boy he is sponsoring for 73 cents a day. Of my first three features, About Schmidt, which cost 32 million USD, is the most personal. I believe 100% in film as a medium for personal creative expression. I’d love to make a big commercial film someday, but the better part of me wants to use whatever “power” I have from accruing films behind me to make increasingly more personal films, not increasingly impersonal ones.” (Alexander Payne)

Alexander Payne (1961, Omaha, Nebraska) studied Spanish History and Literature at Stanford University and later took a film course at UCLA. He debuted as director in 1991 with the medium-length film The Passion of Martin, which was shown at the Sundance Film Festival. His first full-length film, Citizen Ruth (1996), was presented at the Montreal IFF, where Laura Dern, the film’s star, was awarded Best Actress. Payne’s next film, Election (1998) won numerous prizes for the screenplay and an Oscar nomination for Best Adaptation. In 2002, his film About Schmidt received Golden Globe awards for Best Direction and Best Screenplay and was nominated for an Oscar. Payne’s latest film, Sideways, was given an Academy Award for Best Screenplay. Films: The Passion of Martin (1992, short), Citizen Ruth (1996), Election (1999), About Schmidt (2002), Sideways (2004). 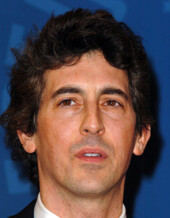