A fascinating documentary portrait of legendary cinematographer Haskell Wexler created by his son Mark. Miloš Forman, Paul Newman and Albert Maysles (among many others) talk about this renowned and controversial artist, while Jane Fonda speaks of her own problematic relationship with her famous father.

Controversial, genius, renowned, difficult. These are the adjectives friends and people in the business often use to describe legendary cinematographer Haskell Wexler, co-creator of such outstanding films as Who’s Afraid of Virginia Woolf?, American Graffiti and One Flew Over the Cuckoo’s Nest. But this time around, the famous troublemaker finds himself in front of the camera, with his own son as the cameraman. Mark Wexler has put together a fascinating portrait of an artist whose uncompromising individualism resulted in familial relationships that were problematic at best. Even during filming, the elder Haskell couldn’t help but offer his son advice about how to use a movie camera. Miloš Forman, Dennis Hopper, Paul Newman and Albert Maysles (among many others) provide informed commentary about this outstanding American filmmaker, while Jane Fonda offers memorable reminiscences on the theme of the emotional inadequacy of famous fathers.

Mark Wexler (b. 1958) worked as a photographer for Time, Life, National Geographic and The New York Times. In 1993 he shot his first documentary, Seeing Double, and three years later he took the Audience Award at the Slamdance festival for the documentary Me and My Matchmaker (1996). Wexler’s latest film, Tell Them Who You Are, was a success at the IFF in Venice and Toronto. 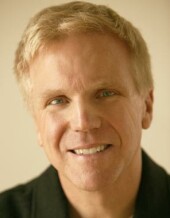