Diamantino is a Portuguese soccer player enjoying international stardom. When he fails to deliver the goods during an all-important championship cup final, he sets out on a delirious odyssey in search of talent and true love, during which he is confronted with the refugee crisis, genetic engineering, and neo-fascism. The piece earned a reputation as the most singular film at Cannes 2018 where it took the Critics’ Week Grand Prize.

The picture earned a reputation as the most unusual film at Cannes in 2018, where it took two trophies: the Palm Dog Grand Jury Prize and the Critics’ Week Grand Prize. Both awards fittingly illustrate the nature of this melodramatic yarn, which reflects both an understanding of the grotesque and the true spirit of the avant-garde. Diamantino uses sharp exaggeration to animate serious issues, such as the refugee crisis and genetic engineering, while knowledgeably adopting the legacy of pulp fiction, advertising, and blockbusters. Cheap holograms alternate with spectacular scenery, gritty 16 mm footage transforms into cinemascope, and Wagner tussles with Snap! – the result is no hodgepodge, but a centripetal response to the state of the contemporary world in which football idols have replaced the gods. 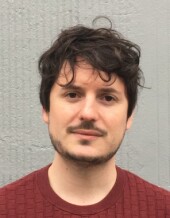