Like many women in Kosovo, Fahrije is hoping for any news that would shed light on what happened to her husband. Widows aren’t supposed to work, yet times are hard and she is forced to defy the judgement of her community. She starts up a successful business producing ajvar with other widows and, despite initial opposition from their families, as working women they are now able to appreciate their sense of self-worth. The film won the hearts of both the audience and the jury at this year’s Sundance festival.

Like many women in Kosovo, Fahrije is hoping for any news about her husband, still missing seven years after the war. Widows are not expected to work, however, she has to provide for her family and conservative public opinion is the last thing on her mind. The determined heroine gets together with other widows to start up a business making ajvar which they supply to a supermarket, although just having the nerve to drive a car is deplored by the community. Despite initial opposition from their families, as working women they are now able to find their sense of freedom and self-worth. Yet their lost husbands and sons are always in their thoughts. The film was inspired by the true story of Fahrije Hoti and in international competition at Sundance it won the Grand Jury Prize, the Directing Award and the Audience Award. 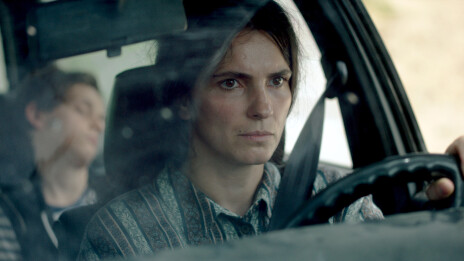