This retrospective of the career of 81-year-old Tina Turner is crammed with archival footage of her concerts. We follow her life from the late fifties to her peak in the late sixties and early seventies, and her later triumphant solo career. The film doesn't shy away from the darkest side of the singer's story, depicting her as a survivor of abuse at the hands of her husband Ike.

This retrospective of the career of 81-year-old Tina Turner is brimming with archival footage of her concerts. We follow her life starting in the late fifties, when she was discovered by bandleader Ike Turner, who recognized her unique talent and eventually married her. In the late sixties and early seventies, Ike and Tina Turner gained fame thanks to hits such as “Proud Mary” and “River Deep – Mountain High,” the former of which also earned them a Grammy. In the eighties, Tina made a triumphant return as a solo artist. Numerous individuals describe Tina Turner’s hypnotic intensity onstage, among them Oprah Winfrey. Made with the full cooperation of its subject, Tina does not shy away from covering the darkest side of her story: her abuse at the hands of her husband Ike. 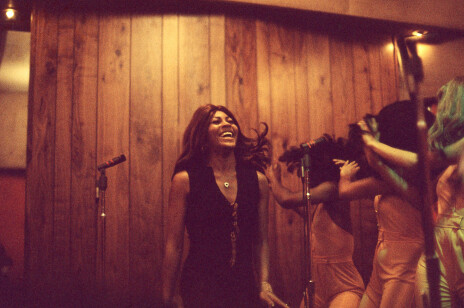