A portrait of American chef, author, and television moderator Anthony Bourdain, whose travel show was watched by just about everyone. Whether he was exploring the culinary arts of Rome, Melbourne, Kinshasa, or Beirut, Bourdain’s distinctive style allowed people all over the world to discover the endlessly diverse flavors of local cultures and cuisines.

Anthony Bourdain was not only an internationally known television host who forever changed the rules of culinary and travelogue television, he was also a successful writer and producer. His approach to people and their customs did not fit the traditional image of a snobbish master chef, and he was always looking for new and unusual experiences, often pushing his own limits and those of his crew. An unknown chef working in out-of-the-way New York restaurants thus became an international star who, at the peak of his fame, retreated into family life. But his lifelong searching was also a curse, since he didn't want to (nor could he) live a “mere” ordinary life. A documentary about a man who didn’t know how to stand still. 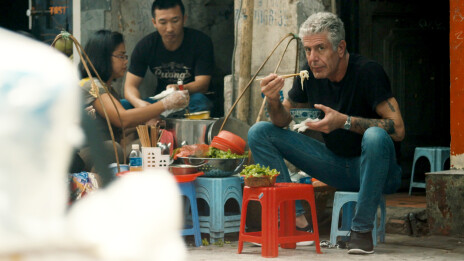