News Winter Flies and it’s going to be fun

Two Czech films made it into this year’s KVIFF competition. The first to be screened was the winter road movie Winter Flies, a new film by Slovenian-born and Prague-based director Olmo Omerzu. The film follows two boys driving across the country. “When a young boy gets behind the wheel there is a natural tension. We are immediately concerned for his wellbeing,” describes the director the “driving force” behind the film.

Omerzu also worked with children in his two preceding pictures: A Night Too Young and Family Film. “This film was created more freely. We followed the script, but also improvised a bit.” It was not easy finding the main characters. “We looked for boys who could bring something of themselves into the film, who would interest us. Then we spent a long time preparing them. Eliška Křenková was also their acting coach. We spent some time just improvising, to get the boys to loosen up in front of the camera. As the director I felt responsible for them being great,” said the director.

Both youths – 14-year-old Jan František Uher and 17-year-old Tomáš Mrvík – thanked Olmo and Eliška for taking care of them and for giving them such an opportunity. They praised the script and expressed the desire to continue acting. “I’m going to attend a secondary school that is focused on acting. It’s going to be fun,” observed Uher.

The script for the film was written by teacher Petr Pýcha, who was inspired by the news of a 13-year-old boy who took his parent’s car and drove off. “When I told my students, one of the girls said that it was her cousin and that he drove to the Giant Mountains to see his grandfather because he loved him very much. From that moment the idea stuck in my head,” said Pýcha. According to him, the creators were chiefly interested in the moment when the main characters were at their freest. “When they had just the right amount of insolence and just the right amount of innocence. I wouldn’t want to have the boys at home, but I’m keeping my fingers crossed for them,” added the scriptwriter. “Besides, every adult in the film is a rotter,” added Omerzu. 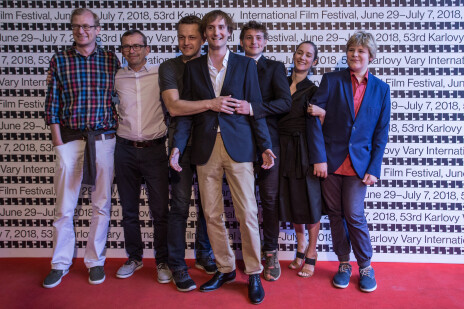