The new Czech film Zátopek officially opened the 55th Karlovy Vary IFF on Friday. On Saturday, its makers chatted with journalists and the public at a press conference at both the innogy point and Czech Television House.

The very first question posed at the press conference was about the actors' physical preparation. "It was different from all my previous roles. Several years before the first take I already knew that it won't be possible to fake Zátopek's running. I was never a runner – I didn't like endurance sports because you're alone in them. So it was a big challenge. At the same time it was a gift. What's better for an actor than the opportunity to get to know a new world?" said Václav Neužil, who plays Emil Zátopek.

Director and screenwriter David Ondříček spent fourteen years preparing the film. "I was fascinated by the story of a man who grew up in a house with eight siblings, and without any particular qualifications became the best athlete in the world. I think it's also an important story today, because in the Czech Republic we have a tendency to laugh at the idea that if someone wants something, they have the chance to achieve it," says the director, who also received a question about his physical condition at the press conference.

Actress Martha Issová recalled her meeting with Dana Zátopková, whom she plays in the movie, as well as her first javelin throw, where she also found out what a specific discipline it is. "Sport is wonderful though. Even if you're angry or feeling sorry for yourself that you're having trouble, you still have to get back up and keep going. And the joy from getting better is then so enormous that it gives you the strength to go on. I really rediscovered how important sport is in life." 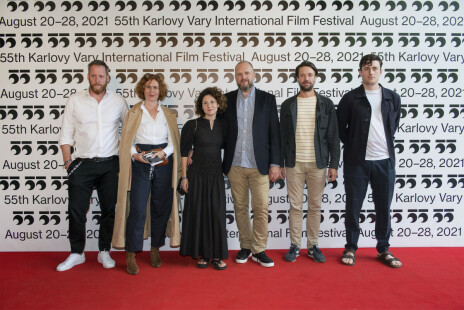