“But that world fascinated me in a way. All the stereotypes associated, historically, with the patriarchate and its roles…,” she continued, adding that the most interesting thing was the moment she realised that she, in her stance as an educated feminist, was quite disdainful in her attitude towards porn actresses, who she considered to be the dumb victims of gender stereotypes that do not see ‘what's happening to them’. “I had to throw out everything that I had thought up to that point. My task as a director is to always keep searching. For answers, but also for new perspectives,” she summarised.

You can see Pleasure at KVIFF two more times: on Wednesday from 10:30 p.m. at Husovka Theater and then at the very end of the festival, from 10 p.m. on Saturday 28 August in the Congress Hall. And you can watch the KVIFF Talk on KVIFF TV. 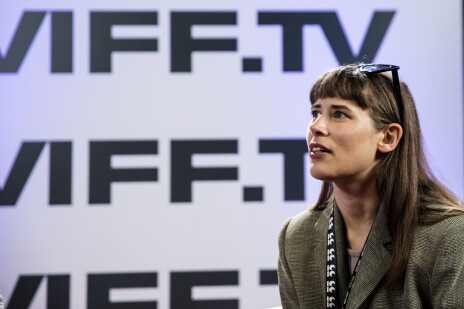