News The restored Treasure is a feast for all the senses

As part of the celebration of the return of cinema after last year's temporary pause, the 55th annual KVIFF is honouring the Film Foundation (TFF) with a retrospective of films restored by this renowned institution. The non-profit organization, founded in 1990 by Martin Scorsese, aims to protect and preserve film history. To this day, it has managed to restore 900 classic cinematic works from all over the world.

These include Treasure, considered to be one of the most important Sri Lankan films of all time. Introducing its Karlovy Vary screening, Joseph Fahim, who is an advisor on Arab cinematography for KVIFF and who put together the retrospective collection of ten films together with the Artistic Director of the festival, Karel Och, stated, “After its presentation in 1972, it was screened at the festival in Venice, where it won a Silver Lion.”

The film was made according to a story by the famous Sinhala writer G. B. Senanayake and it tells a story of an idle, wealthy middle-aged man who stumbles upon a treasure map. But it can only be obtained by sacrificing a virgin. The crowning achievement of Sri Lanka’s most influential film-maker, Lester James Peries, it is also his most controversial and darkest film. “It's supposed to be a thriller, but it defies genre categorisation. It has a specific, measured rhythm, uses suggestive camera work and operates on various levels,” continued Joseph Fahim.

The film is, in his opinion, a meditation on the crumbling class structures and the toxic heritage of European colonialism – and it is definitely worth seeing. “France’s Cinematéka called it one of the 100 most important films of the 20th century. It's a feast for all the senses,” summarised Joseph Fahim. 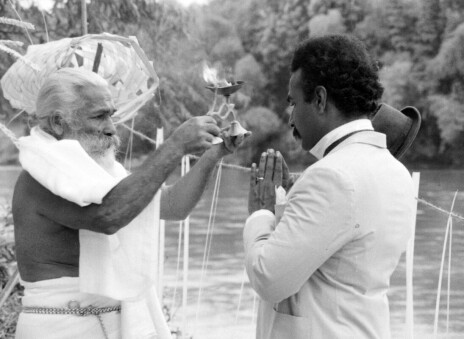