The two last films of the Crystal Globe Competition will join the fray today. The first of these, showing at 5 p.m. in Thermal's Grand Hall, will be the post-apocalyptic sci-fi Land of the Sons by Claudio Cupellini. This adaptation of Gipi's eponymous graphic novel depicts a dystopia that can be approached as fiction or as a warning vision of our own future. Among other things, the work is the acting debut of Italian rapper Leon Faun, who plays the main role.

The last premiere in the Crystal Globe Competition this year will be Saving One Who Was Dead by director Václav Kadrnka, who won the Crystal Globe four years ago with the film Little Crusader. His newest work tells the story of a family whose father falls into a coma following a stroke. The mother (Zuzana Mauréry) and son (Vojtěch Dyk) stand over his helpless body, but the prognosis doesn't give them much hope. He has gone somewhere far away, where their words can't reach him. If there is a boundary to life, they obstinately refuse to let him cross it. Today for the first time at 8 p.m. in the Grand Hall.

The East of the West Competition is also offering up two world premieres today. The first of them is the film Wild Roots by Hungarian director Hajni Kis. The main character is Tibor, who has recently returned from prison. At night he works security at a local club, while during the day he works out and catches up on sleep at his brother's place. He tries to forget life "before jail", but the past soon catches up to him, in the form of a twelve-year-old daughter. The film's world premiere is today at 4 p.m. in Pupp Cinema.

The last remaining work in the East of the West Competition is the debut of director Ivan Bakrač After the Winter. This episodically structured, civilly shot film gives the audience a look into one year in the life of a group of five friends. The authentic tone of the individual episodes is underscored by the agreeably accurate performances of the five talented young actors. You can see the work for the first time at 7 p.m. today at the Karlovy Vary Municipal Theatre. 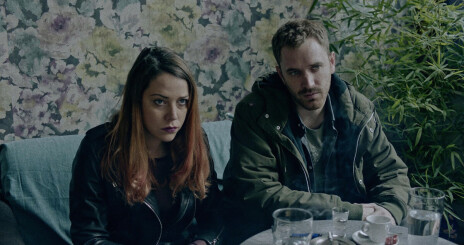