News We: loiterers from the suburbs and rich hunters on horses

RER is a system of fast suburban railway, whose lines criss-cross Paris in all kinds of directions, connecting its centre with more distant neighbourhoods. And it is on one of these lines – the north-south B line, which starts in one complete suburb and passes through the busy centre to the very opposite side ­– that French director Alice Diop based her documentary work We. The film earned the main prize in the section Encounters at the Berlinale.

"I spent a month hiking along the line, meeting people that lived around it and starting up conversations with them," was how the director described preparations for the documentary at the discussion after the screening. "In the film I wanted to give space to ordinary people who perform important but marginalised work and never get on camera. With the film I wanted to show their footprint in life, because I think that by them appearing in literature or in film, their life or work attains a symbolic level," she added. The spectrum of protagonists shot cuts through social strata much like the train line does through the city: its heroes are elderly widows, young people hanging out by high-rises, aristocratic participants in a traditional hunt, as well as the director's immigrant father or sister working as a nurse at the hospital. 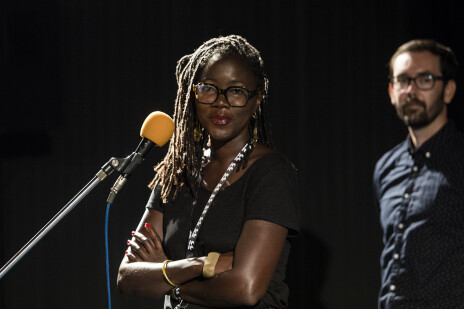