News KVIFF introduced a new series on the power of manipulation

“TV series are addictive. It’s not that they’re bad, but there are so many of them, the good ones,” said Saša Michailidis, introducing a debate on the screening of the first instalment of the miniseries Suspicion. The audience at KVIFF had the opportunity to see the exclusive world premiere of the first of three episodes. TV audiences will see it in about half a year, in February 2022 on Czech Television.

According to the response during the discussion, Suspicion could be included among those “good” series. In addition to the plot, the audience praised the cast, especially the leading role, which is the unempathetic nurse Hana, played by Klára Melíšková. “The casting took almost a year,” the director of the series Michal Blaško described. “We needed to find out how the characters work with each other, especially the mother-daughter pair,” he added. “Klára was already sitting in front of us during the casting using her poker face. We really couldn't say whether she was an innocent woman or a murderer. And we knew that it would be a success if she would be able to do this throughout the entire series with the audience, because their sympathy would be constantly wavering – and that is exactly what we need.”

Inspired by dozens of real cases, the three-part mini-series depicts the power of manipulation, the influence of the media on social opinion, and the difficult life and social situation of people in a small town. When a patient is suspected to have been killed in the hospital where Hana works, the lives of her mother and daughter are turned upside down – the public, the media, the police and some colleagues are convinced she is guilty, and even Hana’s own daughter doubts her innocence. 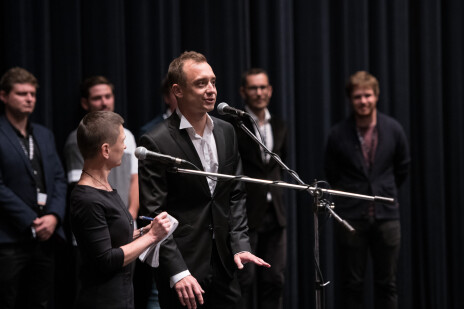