Apart from the documentary about the musician Shane MacGowan, Johnny Depp also came to Karlovy Vary to introduce a film in which he plays the starring role, Minamata. It, too, is based on a true story. It follows the case of water pollution caused by a local corporation in the Japanese city of Minamata, which American photographer Eugene Smith helped bring to light in 1971.

“I was lucky to have been told about this script by the producers. When I read it, I immediately realised it was special,” Depp said. “It's a true story, more relevant today than ever. Such things are still happening today and, even more importantly, we can do something about them. I hope that you will like the film, that you will feel it and that it will make you think," the American actor told the audience.

Depp also thanked the festival for showing Minamata and the audience for attending the films. “We have work thanks to you,” he said, and then he received gifts from several of his fans, rewarding them with an autograph or even a hug. 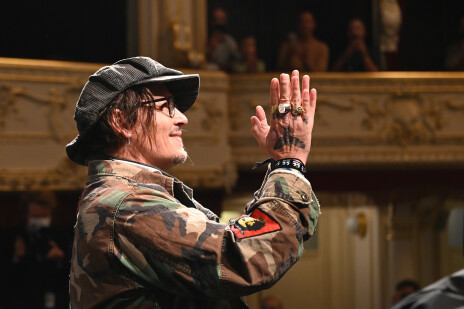