After the success of the first edition of KVIFF AT YOUR CINEMA, held in 2020 because of Covid-19 and which entirely replaced the traditional Karlovy Vary festival, the festival’s organizers have decided to continue this newly begun tradition. Over the course of three days, from 11 November to 2 December, and at 36 cinemas from Brandýs nad Labem to Zábřeh, KVIFF AT YOUR CINEMA will present six films carefully chosen by the KVIFF programming department. Just like last year, each film be shown just once, on the same day and the same time, at all participating cinemas. Selected screenings will be followed by discussions with the filmma-kers, life-streamed to all cinemas.

“Last year, nearly 100 cinema operators throughout the country helped us to hold a ‘substitute edition’ of the Karlovy Vary festival. From an unhappy beginning we wound up with something that far exceeded our ex-pectations. KVIFF AT YOUR CINEMA also gave us the chance to personally visit many different cinemas, to meet the people behind them and their audiences, and to go on an adventure that we still remember today. Right after it ended, we knew that it would be more than just a one-time event. We wanted to stay in touch with cinemas and, through them, to continue to offer audiences the festival’s films and its atmosphere. And so we are back this year with KVIFF AT YOUR CINEMA 21. I am overjoyed at cinemas’ interest and am looking forward to again enjoying KVIFF AT YOUR CINEMA,” says KVIFF’s president Jiří Bartoška.

Three distinctive films from the festival in Cannes: Compartment No. 6, The Worst Person in the World, and Benedetta.

The program offers a sampling from this year’s KVIFF, plus two special presentations. The Karlovy Vary fes-tival’s traditional “Horizons” section will be represented by three films that all premiered in competition at this year’s festival in Cannes, where Finnish director Juho Kuosmanen’s Compartment No. 6 took home the Grand Jury Prize. Kuosmanen is a long-time friend of the Karlovy Vary festival, and his previous film The Happiest Day in the Life of Olli Mäki was brought to Czech cinemas by KVIFF Distribution. After the screening, the festival’s artistic director will engage Kuosmanen in conversation at Prague’s Světozor cinema, which will be streamed live to all other participating cinemas.

At KVIFF AT YOUR CINEMA, the Karlovy Vary film festival’s main competition will be represented by the British film Boiling Point. This dynamic drama of one evening at a luxury restaurant was filmed in one take by director Philip Barantini, who came to Karlovy Vary with a large delegation to introduced his film. Boiling Point earned actress Vinette Robinson a special jury mention and also did well in audience voting. KVIFF AT YOUR CINEMA will probably be the last chance to see Boiling Point on the big screen in the Czech Republic.

The premiere of Helena Třeštíková’s latest, featuring a delegation from the film, and an homage to Jean-Paul Belmondo

The first of KVIFF AT YOUR CINEMA’s two special screenings presents the Czech premiere of Helena Třeštíková’s new film René – The Prisoner of Freedom, a continuation of her rawly authentic documentary portrait René (2008) that will have the world premiere at IDFA just before KVIFF AT YOUR CINEMA. Cinemagoers at all participating cinemas will have a chance to engage in a post-screening discussion with the filmmaker her-self. The live discussion at Prague’s Světozor cinema will be streamed to all participating cinemas, and audiences can send their questions via a special app.

In honor of legendary actor Jean-Paul Belmondo, who passed away this year, KVIFF AT YOUR CINEMA is showing the cult movie The Man from Acapulco, thus offering filmgoers a unique chance to watch the fateful encounter between the beautiful Arianna and the indefatigable Bob Saint-Claire on the big screen.

KVIFF AT YOUR CINEMA 21

VARY AT YOUR CINEMA 21 runs three days, from 30 November to 2 December, at 36 cinemas throughout the Czech Republic. At all cinemas, the screenings are held at 5pm and 8pm. Tickets for individual films go on sale on 9 November, and are available only from the participating cinemas’ ticket offices. The festival is orga-nized by the Karlovy Vary International Film Festival. 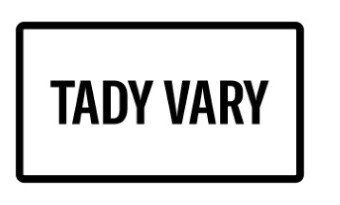