The organizers of the Karlovy Vary International Film Festival unambiguously condemn the Russian invasion of Ukraine and express their unconditional support for the country.

Karlovy Vary IFF organizers condemn the Russian war aggression against Ukraine. We fully support the Ukrainian people who are at the moment defending peace and democratic values in their country, among whom are many filmmakers we welcomed in Karlovy Vary in the past.

The Karlovy Vary film festival has always supported artists’ freedom of expression. Our country’s historical experience has taught us the importance of foreign support for cultural and artistic figures who gave the world an undistorted picture of actual conditions in our country. We want to be open to all artists whose work and public positions stand for democratic values and principles.

We know that many Russian filmmakers have long been critical of the situation in Russia and of their country’s official policies and have been persecuted for their views. We will always support them. But we do not want to and won’t accept anyone who is in any way associated with Russian state or governmental institutions or who stands in support of military aggression.

The Karlovy Vary festival is also supporting Ukraine with a special presentation of Vitaly Mansky’s Putin’s Witnesses. The film, which was named best feature-length documentary at KVIFF 2018, is being brought to cinemas by our subsidiary Aerofilms. Proceeds from the screenings will be donated to the non-profit organization People in Need. 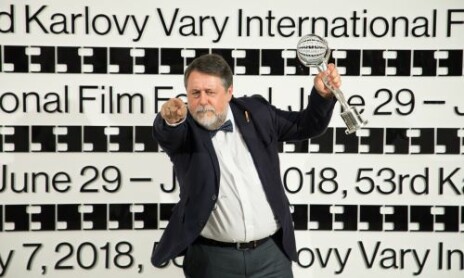