News Amélie is back in cinemas

The most popular and most recognized winner of the Crystal Globe for Best Film in Karlovy Vary is back. Twenty-one years ago, the kind-hearted Amélie enchanted audiences and the jury at the 36th Karlovy Vary International Film Festival. On 14 April, this colorful romance will again brighten the program of Czech cinemas.

The Crystal Globe was the first, but hardly the last, award for Amélie. This tale of a Parisian waitress who decides to help others through small acts of kindness went on to win four César Awards in France, two Bafta Awards in the UK, three European Film Awards, a Goya Award in Spain, and an Independent Spirit Award in the United States, where it also received five Oscar nominations.

Besides juries and film academies around the world, millions of viewers fell in love with the
romantic comedy starring Audrey Tatou as well. Even more than twenty years after its premiere,
this unusual film about small but therefore all the more important everyday joys has lost none of
its charm. Thanks to Aerofilms, a subsidiary of the KVIFF Group, it can now be enjoyed by a
whole new generation of filmgoers. 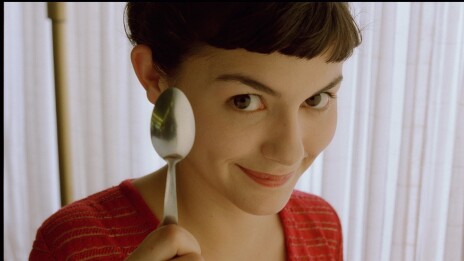