The 56th Karlovy Vary International Film Festival has been officially opened tonight. The gala evening kicked off with an unexpected announcement to the audience to turn on their phones and start recording. A well-choreographed musical number followed comparing the possibilities of virtual and real encounters.

“We are living in strange times, and by that I mean the senseless and cruel war in Ukraine,” said the festival president Jiří Bartoška, comparing filmmakers to modern Hamlets trying to set right the time that is out of joint. He also recalled the importance and legacy of the recently deceased Eva Zaoralová, the longtime artistic director of the festival, to whom a commemorative video clip was dedicated.

Afterwards, the jury and the twelve nominees for the Crystal Globe were introduced, and the audience was invited to the screening of the opening film Superheroes, which included a video greeting from its director Paolo Genovese. “Ladies and gentlemen, let the 56th Karlovy Vary International Film Festival begin,” uttered finally Jiří Bartoška the words we had all been waiting for. The nine-day-long celebration of cinema can begin! 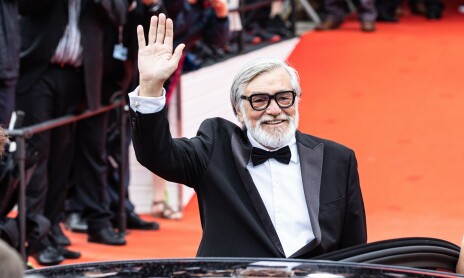