The next-to-last day of the Crystal Globe Competition will offer a pair of films that perhaps could not be more geographically distant, yet are united by a strong social sensibility. At 5:00 p.m., the Bulgarian-German documentary A Provincial Hospital premieres at the Grand Hall, capturing the everyday hecticness of an ordinary Balkan hospital during the challenging covid period. The directing trio of Ilian Metev, Ivan Chertov and Zlatina Teneva pay tribute to the demanding work of doctors in an underfunded healthcare system – and it is relatively easy to connect to such a theme.

From 8:00 p.m. onwards, the Grand Hall will take the audience to Japan, but rather to its reverse side, which we don’t often see. Director and screenwriter Masaaki Kudo presents the cheerless story of a young mother who has to make a living as a nightclub hostess and also faces domestic violence. The wide-open social gap, typical of many Asian countries, shows that poverty is a structural problem rather than a mere reflection of individual incapacity. The aim of A Far Shore is to spark a discussion about broader themes, which it will surely succeed in doing at KVIFF. 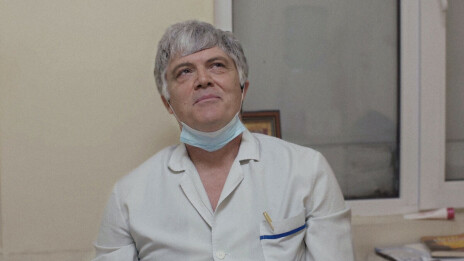