News The long-lost film The Flood flooded the theatre

Producer Jérôme Paillard has served as Executive Manager of the Marché du Film in Cannes for the past 27 years. This year, he retired from that position and KVIFF decided to organise a tribute to his long time work with The Flood, which was produced by Paillard himself.

“Hello, I am very happy and honoured to present this film in such a beautiful place,” said the Frenchman in Czech welcoming the audience at the Karlovy Vary Municipal Theatre. He then described the genesis of the film, which is based on a literary novel by Russian writer Yevgeny Zamyatin. The writer, banned by the communist regime, wrote his novel The Flood in one night. “I tried to persuade the director Igor Minaiev to make the film also in only one night, but in the end, it took two months,” Paillard recalled.

Due to the collapse of Paillard’s production company in the 1990s, The Flood had been lost for some time, but the audience in Karlovy Vary can enjoy it in its restored form together with Paillard, who had not seen the film with Isabelle Huppert on screen in almost thirty years since its release. 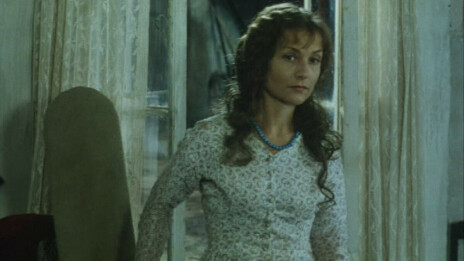