News Christening with perfume and talk about Oldřich Nový

Šárka Gmiterková, a film publicist and academic from Brno’s Masaryk University, christened her new book ON – Kristian v montérkách. The launch of the publication, which you can buy in our Festival Shops, was followed by a screening of the detective film Where an Alibi Is Not Everything starring Oldřich Nový as the director of a hotel in Karlovy Vary. After the film, Šárka Gmiterková returned to the stage and as part of another KVIFF Talk talked to Saša Michailidis and went through the entire career of her favourite actor.

“The book begins in 1936, when Oldřich Nový became a film actor. At the height of his career, in the 1940s under the Protectorate, he was making four films a year, while running his own theatre company. But until Kristian, directors didn’t really know what to do with his type and cast him in roles of various swindlers. It was Kristian that created Nový as we remember him,” Gmiterková said.

KVIFF Talk discussed not only the paradox of the Protectorate period, which was stimulating for the actor’s career, but unfortunate for his personal life given his wife’s Jewish origin. The talk covered his career to its end. “After the war there was a generational change in the Czech film industry. The Party elites, however, continued to count on Nový, as evidenced by attempts to re-shoot Kristian as a socialist film. Nový was surrounded by a creative team suiting various themes to his needs,” pointed out the author of the monograph, which is sold with four different photographs on the cover. 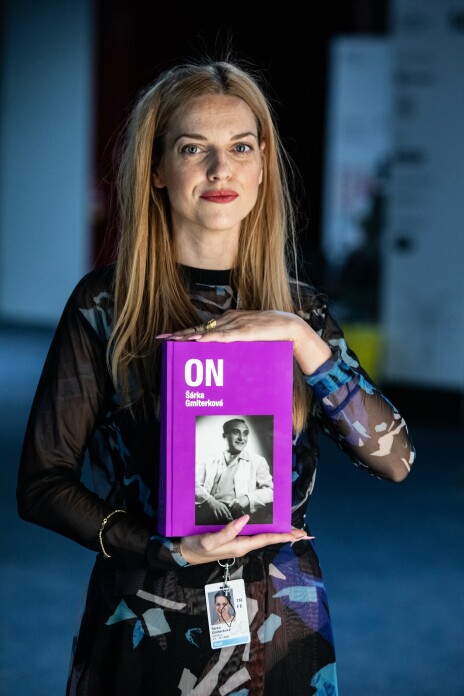