Hungarian director László Csuja presented his film Gentle, which had a successful premiere at Sundance, in the Small Hall. Csuja himself has already picked up one success in Karlovy Vary: his previous work, Blossom Valley, received a Special Jury Prize in the 2018 East of the West competition. He directed the current film together with Anna Nemes, originally a visual artist.

“The hardest part for us was finding the female lead. There are only eight women like that in Hungary,” Csuja said, describing the challenging search for the character of a professional bodybuilder. In the end, a real former champion was found: Eszter Csonka had to spend long months getting back into her former shape. “We took a lot of inspiration from her real life, but she never worked as an escort,” Csuja said, alluding to the woes of some top athletes in underfunded disciplines.

Bodybuilding and film acting are very similar professions, according to the director: “You have to train a lot, then you wait a long time and at some point you give your best. You have to control your body and concentrate on the moment.” Even though Gentle depicts the use of illicit substances, the film has been accepted by the bodybuilding community. “Everyone knows about the drugs, it’s not a secret. Even though they’re not good for health, everyone takes them. They’re gambling with their lives.” 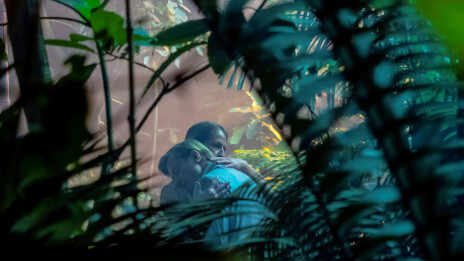