News Improvisation in Vienna resulted in A Little Love Package

The idea for the unconventional film A Little Love Package popped into the heads of director Gastón Solnicky and the main protagonist at the 2019 KVIFF. “We met on the festival jury and while wandering along the colonnade it came to us,” Greek actress Angeliki Papoulia told the audience at the Čas Cinema.

The filming process was organic, without a script, with a minimal budget and no plan. “Every evening after shooting we had dinner together and talked about what we’d made,” Papoulia told the audience, and Solnicki confirmed her words. “Our film is not about linear narrative, but polyphony and counterpoint. I tried not to make anything indispensable,” he said of the movie mosaic, which features, among other things, Charlie Chaplin’s entire family of relatives.

“A practical gesture of cinematic hospitality,” as critics have described Solnicki’s work, is set entirely in gloomy Vienna, apart from snippets in Andalusia and South America. “Vienna is welcoming, it is full of stories. It constantly entices you to be creative,” cinematographer Rui Poças told the audience. “I discovered its mysterious layer and specific atmosphere which I haven’t experienced elsewhere,” Solnicki said, concluding the lively and fruitful discussion. 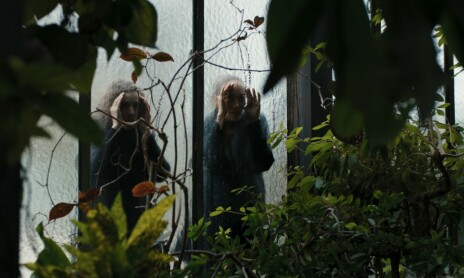