News A Love Song resounded through the Grand Hall

“Hot water and a movie on a rainy afternoon are among the best things in the world. I am very honoured to be able to enjoy both with you here,” Max Walker-Silverman told the packed Grand Hall before the screening of A Love Song, his debut film. “I live in a small town in Colorado, which is where my friends and I made this film. Just as you invited me here, I would like to invite you to my home country,” he continued.

Walker-Silverman did not hide his excitement to present his empathetic debut in Karlovy Vary after its successful premiere at Sundance. “I am thrilled to be able to present my film at a festival where champagne-sipping people in tuxedos meet with barefoot youngsters in a cinema hall to watch a projection on the wall,” beamed the young director. I hope this film gives you something tender, something beautiful to keep with you for the weeks and months to come.”

Karel Och revealed in his opening speech that this was not Walker-Silverman’s first time in the Czech Republic. He was twelve when he faced off against a Czech ice hockey team as a young Colorado player. “If I age better than them, I’ll come back for a rematch. It’s not over yet!” he joked before the screening. 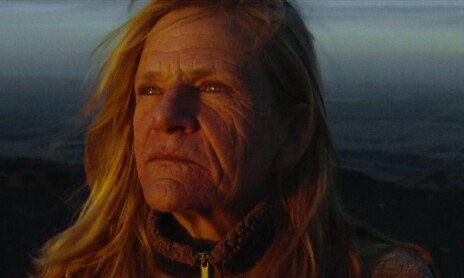