Accompanied by the film Castaway’s trailer, the viewers at KVIFF could watch the 2000 film Quills. The fact that the story of a scandalous writer who tries to get his texts out of a mental institution to a publisher fascinates the viewers even after more than twenty years was evidenced by their questions during the discussion after the film. The star of the 56th KVIFF, actor Geoffrey Rush, willingly answered them.

“The screenplay was based on a play by Doug Wright, a gay man from Texas with baroque sensibilities who likes to go to extremes. He was inspired by a case of artist censorship in the 1980s. In the USA, the topic of freedom of speech is important,” the actor of the main character reminded. At first, he thought that Marlon Brando should play this role. “During the time he was in the institution, de Sade was already quite corpulent, as he only ate and didn’t move much. But the director, Philip Kaufman, explained to me that in that movie, the Marquis is actually writing a book about himself and sees himself as an eloquent, energetic person,” Rush described.

The Karlovy Vary screening brought back his memories of the great filming according to the elaborate script and of talented colleagues Kate Winslet and Joaquin Phoenix. The friendly Australian also confided in the audience at the Karlovy Vary Theatre about his love for the texts of Marquis de Sade. “I already studied them when I portrayed him in the play Marat/Sade,” he revealed. 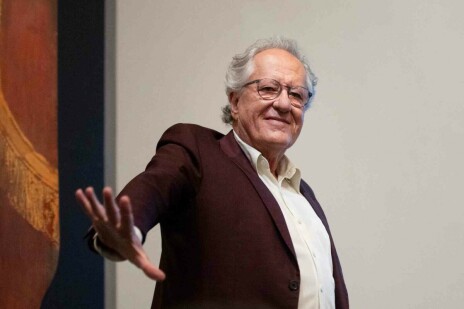