The Silent Twins, a true story of identical twins who isolated themselves from the outside world in their own creativity, was presented in the Small Hall by Polish director Agnieszka Smoczyńska. She explained more about the feature film based on deep sisterly love and devastating addiction to the audience during subsequent Q&As.

“They were different, because of which their surroundings rejected them. Therefore, they decided to live only their own, inner life. Similar to, say, the Brontë sisters,” she told the audience. She also sought out the fascinating story for personal reasons. “I grew up among my mother’s seven sisters. They didn’t have a mother, they raised each other. And their relationship was toxic, but also loving. That’s why I decided to work on the script,’ she revealed.

The film is decorated with sections in stop-motion animation that reconstruct the stories of one of the sisters. “I wanted to show their creativity, so I added them even though they hadn’t been in the original script,” said the director. 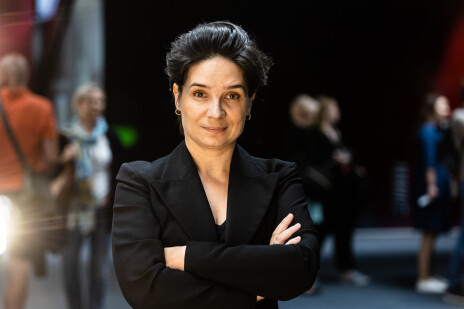